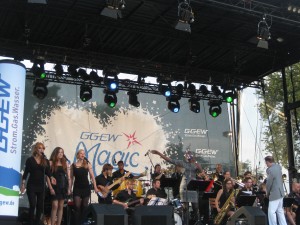 Kicks & Sticks live in an open-air concert at the GGEW Magic Lake, one of the most attractive locations of the “Hessentag”. Together with the great voices of guest soloist Dorretta Carter and the vocal group Kicks & Sticks Voices, the band together with their band-leader Wolfgang Diefenbach present a top-class charismatic James Brown programme. The British singer-star of soul and funk makes sparks fly over the Magic Lake! 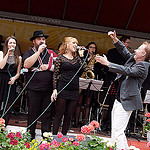 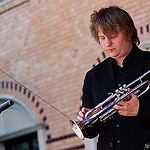 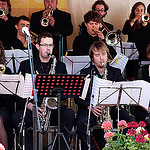 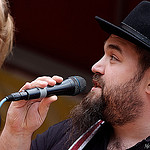 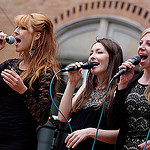 Courtyard of the Hessen Ministry for Science and Art, Wiesbaden 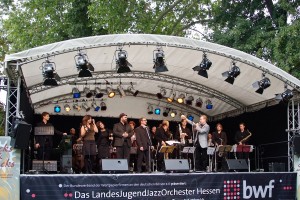 The Jazz Garden of the historic Villa Metzler, Museum for Applied Art, Frankfurt

Every year, the “Jazz Garden” in the beautiful park of the classical Villa Metzler (Museum for Applied Art) is a regular part of the Frankfurt Museum Festival on the banks of the River Main. It features a varied programme of jazz music in a very special atmosphere: under the shade of centuries-old trees, jazz fans are treated to very best big-band sound.

13th September: Junior-Band plays in the Maximal Kulturprogramm in Rodgau 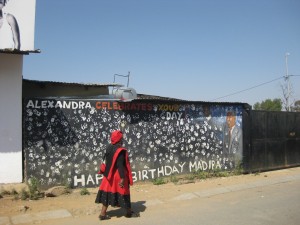 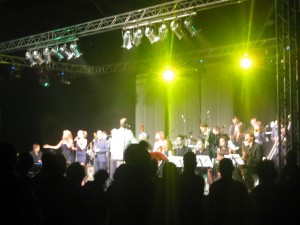 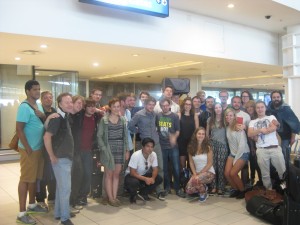 The band perform on tour in South Africa with their own vocal group Kicks & Sticks Voices and also together with outstanding South African vocalists.

Kicks & Sticks live at Joy of Jazz – Freedom Edition 2014 in Johannesburg – 20 Years of Democracy, Sandton Convention Centre featuring Mzanzi Golden Voices. Kicks & Sticks show own titles of their wide repertoire with overwhelming delight in playing, highest precision and stunning improvisations. Together with the South African soloists, the German singers and musicians present a special dedication to the late Brenda Fassie. The mercurial Fassie was the first musician of her generation to sing publicly about the then jailed Nelson Mandela in a stirring song that poignantly captures those dark days of apartheid fifty years ago when the people’s president was taken away by security men. Musical director of this outstanding project is Wolfgang Diefenbach. The German big-band leader and voice coach will create a virtuoso programme for the two stage appearances on September 26th and 27th.

The tour was initiated by l’Association Musiquelaine, a non-profit organisation founded by Lainey Trequesser with the goal of establishing the basis for a better education and promotion of young music students in South Africa.

23rd December: Christmas Moments with Friends in the Kurhaus, Wiesbaden 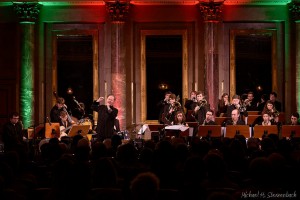 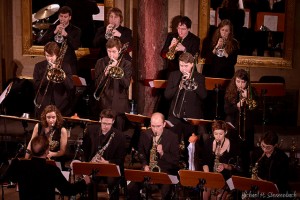 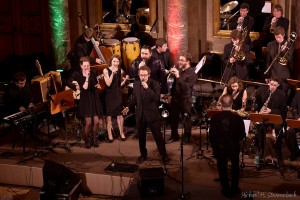 For the Christmas concert that has already become a tradition, band-leader Wolfgang Diefenbach brings out all his young musicians: Kicks & Sticks, the Junior Band and the two vocal ensembles. They perform music in a wide variety of styles in a breathtaking big-band Christmas programme. Christmas Moments with Friends adds a fresh sparkle, by turns symphonic, swinging, jazzy, funky and gospel, to your favourite Christmas classic tunes.

Handel’s Hallelujah from Messiah surprises with a funky, soulful arrangement by Quincy Jones, Beethoven’s Joyful, Joyful takes on a gospel-groovy flavour and Glenn Miller’s version of Jingle Bells suddenly turns into salsa and swing. Popular American standards such as Have yourself a merry little Christmas, Santa Claus is comin’ to town and I’ll be home for Christmas are also part of the programme. There are quieter moments in a fascinating setting of Rilke’s poem Advent and the intimate a-cappella vocal Away in a Manger.