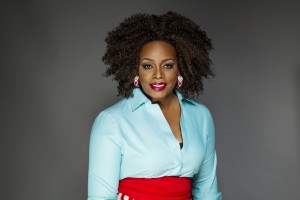 In 2015, Kicks & Sticks, with founder and band-leader Wolfgang Diefenbach, celebrated its 30th birthday. The party took the form of an open-air concert as part of the Rheingau Music Festival on Sunday, 2nd August in the park of the spa city of Wiesbaden. Wolfgang Diefenbach was able to get a world-class star on board: Dianne Reeves, the winner of five Grammy awards.

The star vocalist presented her new album “Beautiful Life”, accompanied by the very best young jazz musicians from the German state of Hessen. Kicks & Sticks’ flexible and sympathetic style of music-making forms the ideal acoustic backdrop for an incomparable artist, a unique voice. For this very special anniversary concert Wolfgang Diefenbach pulled out all the stops to stage a programme, the like of which has never been heard before and which presented not only the soloist but also the big-band to the fullest advantage. Get first impressions here or click here to visit the photo gallery. 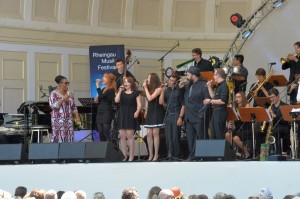 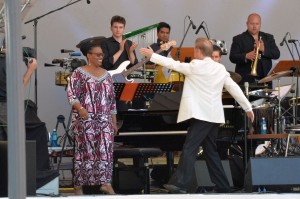 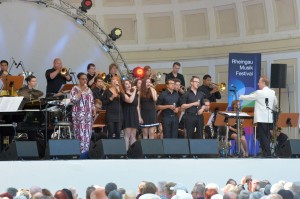